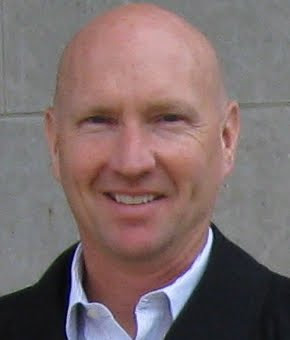 "Sarah Palin has added a veteran Republican strategist to serve as chief-of-staff for her political action committee, Sarah PAC, CNN has learned.

Michael Glassner, an attorney and longtime adviser to former Kansas senator and presidential candidate Bob Dole, has signed on to steer the former Alaska governor’s political operation as she considers a possible 2012 presidential bid.

“We are happy and excited that Mike is joining our team,” Sarah PAC spokesman Tim Crawford told CNN."

Who is Glassner?
Apparently someone with key experience, who worked on the McCain campaign: Sarah must trust him. From LinkedIn, he is a "Dynamic leader with an established performance record in government relations, strategic planning, and communications."

Think he's hired just to bake cookies or handle another book signing? Nope... probably wouldn't need to hire a guy with THIS much experience - unless she is serious about running for POTUS. This is another signal she is DAMN serious about it!

Thinking about this from her perspective "He ran the campaign travel and scheduling, logistical advance, personnel, budgets, fundraising, and other campaign activities for her VP campaign in 2008, obviously she trust him to run operational elements in a potential campaign but she is the brains!"

More on Sarah's background from SarahPAC:

"Governor Palin has a long record of achievement and experience in public office. Prior to her election as governor, Palin served two terms on the Wasilla City Council and two terms as the mayor/manager of Wasilla. During her tenure, she reduced property tax levels while increasing services and made Wasilla a business friendly environment, drawing in new industry.

Under her leadership as Governor, Alaska has invested $5 billion in state savings, overhauled education funding, and implemented the Senior Benefits Program that provides support for low-income older Alaskans. She created Alaska's Petroleum Systems Integrity Office to provide oversight and maintenance of oil and gas equipment, facilities and infrastructure, and the Climate Change Subcabinet to prepare a climate change strategy for Alaska.

During her first legislative session, Governor Palin's administration passed two major pieces of legislation - an overhaul of the state's ethics laws and a competitive process to construct a gas pipeline.

Governor Palin is past chair of the Interstate Oil and Gas Compact Commission, a multi-state government agency that promotes the conservation and efficient recovery of domestic oil and natural gas resources while protecting health, safety and the environment. She was recently named chair of the National Governors Association (NGA) Natural Resources Committee, which is charged with pursuing legislation to ensure state needs are considered as federal policy is formulated in the areas of agriculture, energy, environmental protection and natural resource management."

She has enough experience and will hire the RIGHT kind of SMART people to be on her staff. Sounds win win for American restoration in 2012-2013... exciting!