death of thieves allowed: detailed Egypt ground report from AT 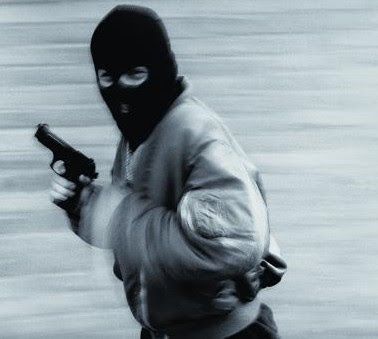 Fascinating ground report at AT today with inside summary of events taking place in Egypt. Story of the Egyptian Revolution:

"I do not aim to turn this into a personal story, but those people are my friends and family. It is a personal story to me. My neighbors were all stationed in my father-in-law's house with men on the roof to lookout for possible attackers. A friend of mine was shot at by a gang of thieves and another actually killed one of them to defend his house and wife. Another friend's brother arrested 37 thieves that day. The army's only role in all of this was to pass by each area to pick up the arrested thieves. Army officers informed the street committees that anyone with an illegal weapon should not worry and should use it. Any death of one of the thieves would not be punished."

What will next happen now in Egypt?

"So where are we today? Well the answer is still not clear, yet a couple of conclusions are evident.

1. The Gamal inheritance scenario is finished.

2. Mubarak will not run for another Presidential term. His term ends in October and either he will serve the rest of his term or will resign once things cool down for health reasons, which are real. He is dying.

3. The army is in control now. We are heading back to the "golden age" of army rule. The "kids" are no longer in charge. The "men' are.

4. Until the economy fails again, the neo-liberal economic policies are over. Forget about an open economy for some time."

What about CNN's coverage?

"You seem to wonder after all of this where El Baradei and the Egyptian opposition are. CNN's anointed leader of the Egyptian Revolution must be important to the future of Egypt. Hardly! Outside of Western media hype, El Baradei is nothing. A man that has spent less than 30 days in the past year in Egypt and hardly any time in the past 20 years is a nobody. It is entirely insulting to Egyptians to suggest otherwise. The opposition you wonder? Outside of the Muslim Brotherhood we are discussing groups that can each claim less than 5,000 actual members. With no organization, no ideas, and no leaders they are entirely irrelevant to the discussion. It is the apolitical young generation that has suddenly been transformed that is the real question here."

"On the long run the Egyptian question remains the same. Nothing has changed in that regard. It is quite remarkable for people to be talking about the prospect for a democratic transition at this moment. A population that was convinced just two months ago that sharks in the Red Sea were implanted by the Israeli Intelligence Services is hardly at a stage of creating a liberal democracy in Egypt. But the status quo cannot be maintained. A lack of any meaningful political discourse in the country has to be addressed. Until someone actually starts addressing the real issues and stop the chatterbox of clichés on democracy, things will not get better at all. It will only get worse."

Well with TheUrkel regime in charge? What could go wrong?!