All cultures are NOT equal in an advanced economy

Bring back the middle class - and it's VALUES.  What are these values? 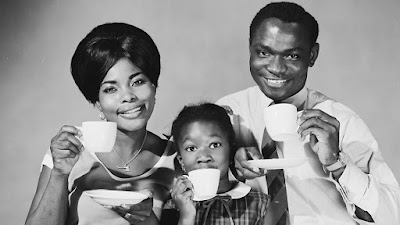 Amy Wax explains:  "Get married before you have children and strive to stay married for their sake. Get the education you need for gainful employment, work hard, and avoid idleness. Go the extra mile for your employer or client. Be a patriot, ready to serve the country. Be neighborly, civic-minded, and charitable. Avoid coarse language in public. Be respectful of authority. Eschew substance abuse and crime.

These basic cultural precepts reigned from the late 1940s to the mid-1960s. They could be followed by people of all backgrounds and abilities, especially when backed up by almost universal endorsement. Adherence was a major contributor to the productivity, educational gains, and social coherence of that period.

Did everyone abide by those precepts? Of course not. There are always rebels — and hypocrites, those who publicly endorse the norms but transgress them. But as the saying goes, hypocrisy is the homage vice pays to virtue. Even the deviants rarely disavowed or openly disparaged the prevailing expectations.

Was everything perfect during the period of bourgeois cultural hegemony? Of course not. There was racial discrimination, limited sex roles, and pockets of anti-Semitism. However, steady improvements for women and minorities were underway even when bourgeois norms reigned. Banishing discrimination and expanding opportunity does not require the demise of bourgeois culture. Quite the opposite: The loss of bourgeois habits seriously impeded the progress of disadvantaged groups."


Gamaliel Isaac discusses Amy Wax's comments at AT and points out "By substituting the government for fathers as a breadwinner for children, government welfare has reduced the incentive for black women to get married with the result that many black children grow up in single families. Welfare also created an incentive for black women to have as many babies as possible since they get increased benefits for each. As a result, many black children lack a supportive environment that encourages educational achievement. Amy Wax is right in claiming that the government can’t force blacks to make good choices, but our public schools can stop indoctrinating black children that they are helpless victims of racism. Instead, schools could teach them that if they work hard, they can succeed -- maybe even become president of the United States. More importantly, our schools, instead of indoctrinating blacks that they live in a racist society, could start addressing the problem of black racism and teach that all racist beliefs, whether black or white, are wrong."