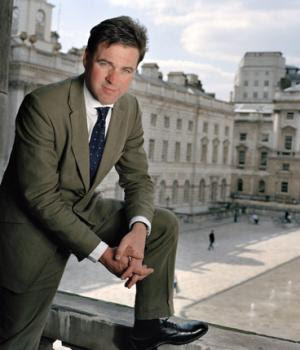 Someone at Newsweek is actually telling the truth instead of propaganda. Wow!

This video is making the rounds.

Whoa!! How did MSNBC allow this guy, critical of TheWon, on their show? He must have slipped through the cracks.

Someone at Newsweek is critical of TheWon's complete lack of foreign policy? Amazing.

Niall Ferguson's Newsweek article here.
About the W.House bumblings:
"The consensus among the assembled experts on the Middle East? A colossal failure of American foreign policy.

This failure was not the result of bad luck. It was the predictable consequence of the Obama administration’s lack of any kind of coherent grand strategy, a deficit about which more than a few veterans of U.S. foreign policy making have long worried."

"The contrast between the foreign policy of the Nixon-Ford years and that of President Jimmy Carter is a stark reminder of how easily foreign policy can founder when there is a failure of strategic thinking. The Iranian Revolution of 1979, which took the Carter administration wholly by surprise, was a catastrophe far greater than the loss of South Vietnam.

Remind you of anything? “This is what happens when you get caught by surprise,” an anonymous American official told The New York Times last week. “We’ve had endless strategy sessions for the past two years on Mideast peace, on containing Iran. And how many of them factored in the possibility that Egypt moves from stability to turmoil? None.” "

And about TheWon's Cairo speech in 2009:

"America and Islam are not exclusive and need not be in competition. Instead, they overlap, and share common principles—principles of justice and progress; tolerance and the dignity of all human beings.

Those lines will come back to haunt Obama if, as cannot be ruled out, the ultimate beneficiary of his bungling in Egypt is the Muslim Brotherhood, which remains by far the best organized opposition force in the country—and wholly committed to the restoration of the caliphate and the strict application of Sharia. Would such an outcome advance “tolerance and the dignity of all human beings” in Egypt? Somehow, I don’t think so."
Go Ferguson Go! You may never get invited back onto MSNBC propaganda network, but many of us appreciate your truth telling.
Posted by Lisa G in NZ at 5:20 PM