Egypt: what would Bastet do? 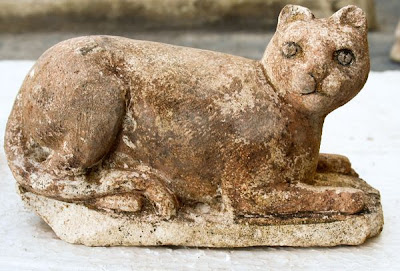 As recent as Jan 2010, they found new discoveries of ancient relics in Egypt. As pictured above: "This limestone feline is among some 600 cat statues from a newfound temple dedicated to the Egyptian cat goddess Bastet. The ancient temple was recently discovered under the streets of modern-day Alexandria, Egypt.

Egyptian archaeologists who found the temple say it was built by Queen Berenike II, wife of Greek King Ptolemy III, who ruled Egypt from 246 to 221 B.C.

Cats were important house pets in ancient Egypt and were often depicted in private tombs. In some cases, cats were mummified in the same way as humans and buried at temples.

"This is one of the most important discoveries in Alexandria in the last hundred years," said Mohamed Abdel Maqsoud, head of antiquities of Lower Egypt for the Supreme Council of Antiquities and lead archaeologist for the find." 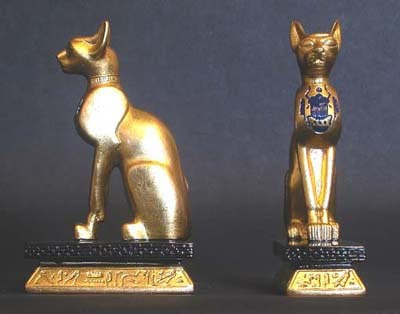 Bastet is "probably the most famous Egyptian goddess after Isis. Bastet was a wild goddess. To those who were in her favor, she gave great blessings, but her wrath was legendary and she was sometimes listed as one of Ra's avenging deities who punish the sinful and the enemies of Egypt. This is of course in keeping with her totem animal, the cat. Cats were sacred to Bastet, and to harm one was deemed a great transgression. Bast's importance in the Egyptian pantheon might be due to the great value placed on the domesticated cat by the Egyptians." 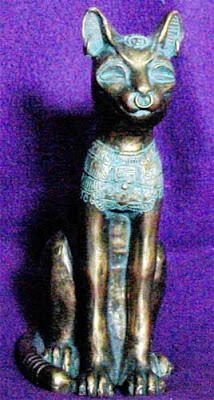 Would Bastet back the current Egyptian protestors? Or would she just want stability in her land? Are some in Egypt praying to her right now?

She was "a giver of blessings to the good and a deliverer of wrath to the evil, just as was Sekhmet." 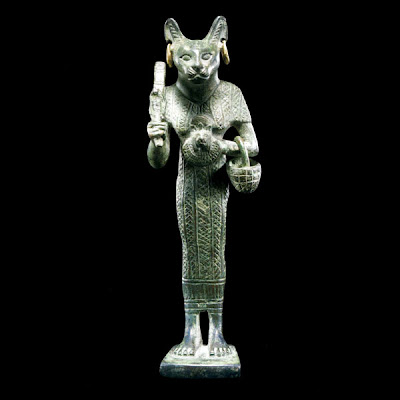 The goddess may need to be appeased...

"In accordance with the complex conceits of ancient Egyptian religious concepts, powerful, and often destructive forces, had to be appeased and allayed in order to effect their transformation into benevolent, useful powers. In keeping with this conceit, feline goddesses were possessed of opposing characteristics often given visual form in the contrast between a lioness and a cat. The destructive forces associated with felines was often manifest in the lioness as Sakhmet whose belligerent characteristics could be soothed by the playing of a sistrum in order for her to metamorphose into a more docile pussy cat." 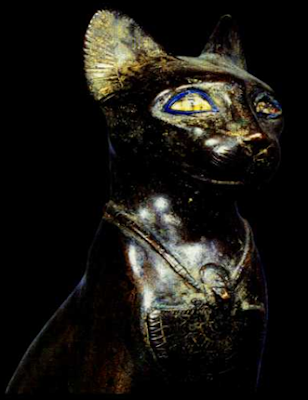 Which cat will prevail in today's egypt? The tamed pussycat or the ferocious lion...? I think the outcome is way beyond the paygrade of American pantywaists in Washington conspiring to get their CAIR bear pals into power...
This is out of their reach... Prrrrrr prrrrr... HISSSSSSSSSSSSSSSSSSSS
* * *
Sultan Knish does some excellent debunking commentary on Egypt fallacies:

1. "Egypt has undergone a democratic revolution"
comment: Egypt has not undergone anything of the sort

3. "Mubarak is a dictator"
comment: Mubarak is certainly not your Uncle Fred, but Egypt is still one of the more freer and open societies in the region.

4. "As Americans we should support democracy in Egypt"
comment: Kefaya, the National Movement for Change, is an anti-American organization. It is already allied with the Muslim Brotherhood.

6. "How can we support a dictator over a democratic movement?"
comment: Why do we have to support either one?

7. "We have to take the chance that everything will work out!"
comment: Is that how we make policy now by hoping for change?

8. "It's in our interest to remove Mubarak because dictatorships breed terrorism"
comment: Then how do you explain all the Islamic terrorists who were born in the United States and the UK.
go read the rest... meow, baby, meow
Posted by Lisa G in NZ at 9:33 PM