A bit more about the Chicago (and Illinois) "machine" and details of the lending madness in Illinois discussed today over at American Thinker.  From Michael Bargo Jr, State of Illinois, meet Reality.

"... the SEC (Securities and Exchange Commission) charged the state of Illinois with securities fraud for misrepresenting its financial position from 2005 to early 2009. In most of those years the Governor of the State was Rod Blagojevich, the carefully coiffed chief executive who was convicted of trying to sell Barack Obama's senate seat when he resigned to run for president.

The governor was convicted of corruption and is now serving a 14-year sentence. Unfortunately, the damage he did to the fiscal stability of Illinois and the taxpayers of Illinois will last much longer than his incarceration. Under his leadership, the state consistently passed wildly irresponsible budgets, and even though the state constitution requires a balanced budget, the budget was "balanced" by issuing bonds every year.

However, after Blagojevich left, from March 2009 to January 2013, the state of Illinois saw its credit rating lowered a total of 11 times by Moody's, Fitch, and S&P combined. This means Illinois must pay 1.45 percentage points more than the nation's AAA-rated states on 10 year bonds. This deprives state programs that assist the poor of badly-needed services, and led the state to choose to cut back on Medicaid spending rather than on lavish pensions. It also has a stack of unpaid bills to vendors amounting to over 7 billion dollars. The Cato Institute has called Illinois Governor Pat Quinn, who followed Blagojevich, the worst governor in the nation for failing to show any leadership in either fiscal responsibility or pension reform.

Today $96.8 billion dollars of unfunded pension debt looms over the state's fiscal future. This will place heavy burdens on the taxpayers of the state for decades to come. And Cook County, the county that contains the City of Chicago and some of its satellite suburbs, also has a startling debt of $140 billion of its own in addition to the state debt. This single county obligation is far greater than the total debt of most other states.

Since the SEC has accused Illinois of misrepresenting its debt, however, Illinois may no longer be able to bail itself out by selling bonds on Wall Street. Just this past January it tried to raise $500 million by selling bonds and Wall Street said no. Its borrowing days are over."

"Political corruption in Chicago in 1910s and 1920s flourished as organized crime stepped into the mix with payoffs to policemen. It continued under the leadership of Mayor Anton Cermack and then the Kelly-Nash machine that doled out patronage jobs, political appointments, and broad favors to ethnic groups. They kept the city solvent during the New Deal years by obtaining federal funds as well as resources from organized crime. The situation became so corrupt that Kelly was persuaded not to run and was replaced by a figurehead, civic leaders Martin H. Kennelly in 1947.

With the election of Richard J. Daley in 1955, the Democratic Machine controlled Chicago with ward-based organizations. Police corruption came to national attention with the "Summerdale Scandal" of 1960 in which police were accused of keeping or selling stolen property which came into their hands.

The Daley faction was involved with the election of President John F. Kennedy as half the electoral votes in Illinois came from Chicago-dominated Cook County that was controlled by Daley. Under the mayor, Chicago was able to obtain a wealth of contracts and jobs for the construction industry and was said to control an estimated 35,000 patronage jobs which influenced the vote.

Political corruption in Chicago is still dominated by politics that began with Richard J. Daley and continues under the governance of his son, Richard M. Daley. Skimming from city contracts and manipulating local real estate markets has resulted in indictment, trials and convictions."

Suite101's article was from 2008.  ... And do you think Chicago's corruption has gotten BETTER or WORSE under Chicago Tribune endorsed guy, previous O-regimist Rahm Emmanuel?!  Bit about that from 2006... 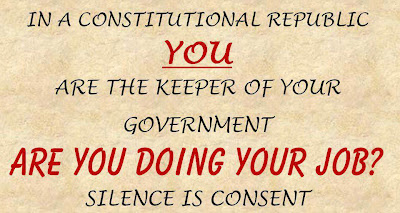 WHO DOES THIS REMIND YOU OF, eh? 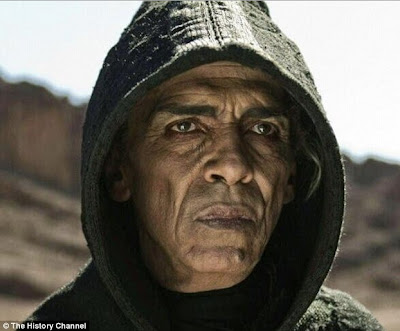 LOLOLOLOL, oh, History Channel... you guys are a HOOT!
Posted by Lisa G in NZ at 1:31 PM No comments: 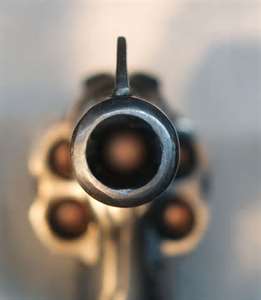 Wake up WISCONSIN.  This program undermines what makes America one of the best countries on the planet... Parents NEED to get INVOLVED.

What is being taught at YOUR SCHOOL?!
Posted by Lisa G in NZ at 9:27 AM No comments:

Sounds like there were some good and bad at CPAC 2013 this year.

Some weren't invited - like jihad warrior Pamela Geller. That was disappointing. The 'organizers' were most likely too influenced by 'establishment' or 'moderate' or 'Islamic sympathizer' types.

But there were some very motivational speeches - Sen Rand Paul, Dr. Ben Carson and Lt.Col Allen West - some of the good ones.

Labels: Palin, why America is great

Once in awhile I go look at "I can has cheezburger?".  They have funny cat pictures there, little videos and stuff.  If you like animals, cats, you'll think some stuff there is funny.  Check out a cat I saw there, who has his own Facebook page.


Did you giggle just looking at him?  He was a rescue.  Looooooks like he might need an occasional brushing... and of course a supply of alcohol.  (?)  LOL


In NZ, they'll understand the Gareth Morgan joke - he wants to get rid of NZ cats!  Well, I think he just wants NZ cats to stop killing all the native NZ birds.  That part I can get behind.  I have a solution for Mr. Morgan and New Zealand:

KEEP YOUR CATS INSIDE NEW ZEALAND

- Cats are MUCH safer, no fights, extra kittens or death by road kill
- MUCH less or no bird killing
- got rats or mice on the farm?  Get a Jack Russell Terrier!

Want to save earth? Use cows & sheep. Really!

Interesting video from over at Watts Up With That.

Want to know EXACTLY how to save the planet?  Simple: put more grazing animals on the grasslands - with planned farming techniques and rotation. This SAVES grasslands and prevents "desertification".

From Australia, Topher is SPOT ON in his latest video.  Hattip JoNova:

Currently LIVE on CSPAN right NOW as I type, Sen. Rand Paul standing up for American liberty - and AGAINST O-potus and Holder's regime (and Brennan-wanna-be-CIA-boss).

Sen Paul wants: NO drone attacks by USA military / government against Americans on American soil.  Period.  Sen Paul wants to get that in WRITING from O-potus and Holder.

Sen Paul says he's gonna keep talking until he can't talk anymore.  I wonder how long it will go?

GO WATCH now and learn something.  If you're on Twitter, check out #StandWithRand. 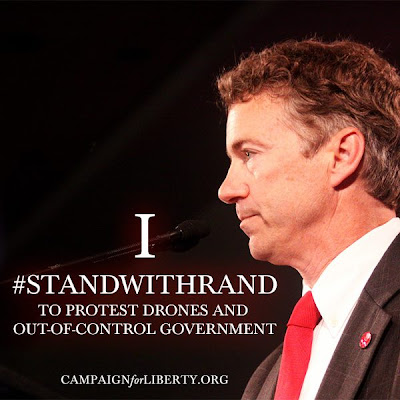 weird week for the grim reaper 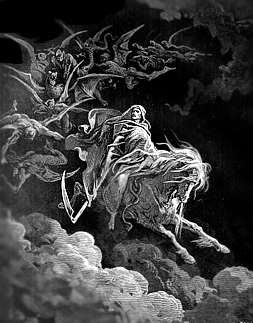 Just some odd deaths this week worth mentioning... bit of fun for the grim reaper?

Here in NZ:
A 47 year old swimmer got attacked, killed not by just one shark, but apparently 2 sharks.  He survived the first attack, but 90 seconds later a second shark finished him off.

A 57 year old adventure seeker on a platform, perhaps wasn't harnassed in correctly and fell to his death. 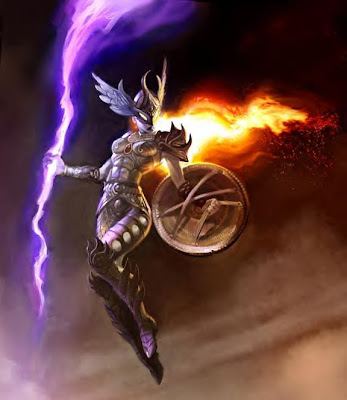 Florida man gets swallowed alive and could not be found so is presumed dead - by a sink hole.

Life is short - you never know when it all ends, so get out there and enjoy it fully! 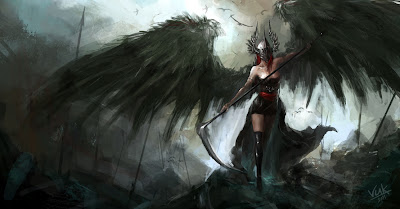 crisis - a small slowdown of spending

Funny video about the damn sequester:

Have you heard USA scare-tactics media talking about 'sequester' yet?  It has been all over the news last few weeks because O-blame-o-in-chief is trying to blame 'it' on Republicans or Congress - and trying to SCARE the American public if the automatic spending cuts (O's idea!) actually goes in to effect.

So WHO proposed this sequester again?  O himself - in his own words from 2011:

(sidebar Q - does this idiot actually remember he's being video-taped as he reads his precious prompter?!? ... crikey)

Henry at LI's comment were excellent, here they are:

"What’s the matter with you people? Haven’t you heard? The sequester deadline is tomorrow (March 1st!!), meaning midnight tonight, and you folks are playing on the internet like it’s just another Thursday! All HELL is gonna break loose – the President Hisself said so, and by ‘president’ I mean the dadgum President of the United States, where no man would dare lower debase the office by lying while occupying it, so you know His warnings are true!

Satellites will fall from the sky like bombs, killing mostly innocent children. And puppies. Puppies will die! PUPPIES.

You’ll pay $5,000 for a shot of penicillin or you’ll do without. You younger fellers think about that.

Random citizens will be forced at gunpoint to collect garbage, write parking tickets, and perform other routine government duties. They will also form the necessary firing squads listed elsewhere.

Elderly federal employees with a record of voting GOP will be hauled out of their offices, lined up, and shot.

The internet will collapse, crushing and killing millions in the US and billions worldwide under its weight. The US will be blamed.

Dogs and cats sleeping together, having you-know-what. I have video on this but ought not post it here.

Capital letters and paragraphs will be banned from all internet content – not enough funding. Photos too. No more colored ink either – everything black and white.

There is much, much more, but it’s too terrifying to list. SO…. get your hard hats on, lock & load, and prepare for SEQUESTAGEDDON! ..."

So why the need for a sequester anyway?!?  BECAUSE OF O-DUMB-O regime's CONTINUED OVER SPENDING of course:

CitizenWells points out part of the reason - THE STIMULUS!

"$ 3 billion in education cuts because our spending is out of control.
How did that happen?
Here is part of the reason.
A $840 billion Obama stimulus program.
From The Foundry October 18, 2012.

“The 2009 stimulus set aside $80 billion to subsidize politically preferred energy projects. Since that time, 1,900 investigations have been opened to look into stimulus waste, fraud, and abuse (although not all are linked to the green-energy funds), and nearly 600 convictions have been made. Of that $80 billion in clean energy loans, grants, and tax credits, at least 10 percent has gone to companies that have since either gone bankrupt or are circling the drain.”

(there are some 1900 INVESTIGATIONS into stimulus spending FRAUD!)

AND - how about the data from Heritage.Org:

*Denotes companies that have filed for bankruptcy.”

And what happens if your're a "real" award winning journalist like Bob Woodward who recently pointed out the sequester was O's IDEA to begin with?  You are threatened.