Hillary Clinton lost the 2016 election.... because she was a STINK candidate.  PERIOD.

Why isn't this OBVIOUS to everyone on the D side?  Are you REALLY that brainwashed Democrats?  That is a scary thought... truly.

Daniel John Sobieski at AT points out:

"Hillary Clinton lost because she was a lousy candidate with no message except that she wasn’t Donald Trump. She was the status quo in a change elections. Her “deplorables” remark was the final nail in her coffin, proof to the bitter clingers of how low the liberal elites held the huddled masses on flyover country. 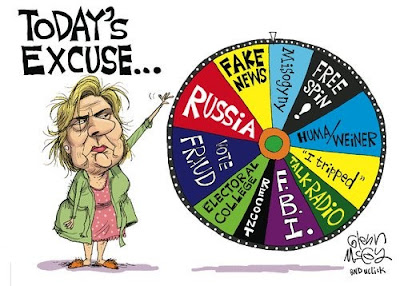 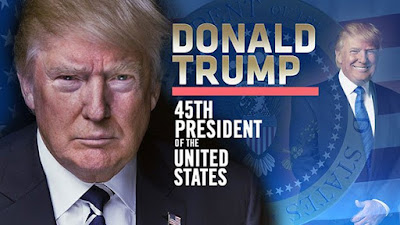 Tally from http://www.270towin.com/live-2016-presidential-election-vote-of-electors/
as of 2:15pm NZ time below: 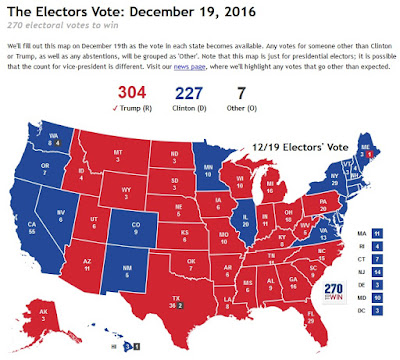 So suck it up buttercups... the adults will be in charge again.

No, Snowflake, The State is Not Your Father

Wow, the craziness on college campuses since our leader extraordinaire Mr. Donald J. Trump, president elect, was fairly elected and WON ... has been very weird to say the least. Carol Brown at American Thinker points this out in Universities devolve into pre schools. Excerpt:

"So it should come as no surprise that campuses have become hotbeds for all manner of abject insanity in the wake of Trump’s glorious win last week.

Suicide hotlines and crisis numbers have been posted for the desperately freaked out. Faculty are assuring students that they are “loved.” Gatherings have been organized that provide food, Play-Doh, Legos, and bubbles. Grief counseling and psychological services have been made available. Kittens and puppies have been brought into classrooms to offer comfort.

Cry-ins have been organized. Tissues and hot chocolate have been handed out along with crafts supplies. Therapy dogs have been introduced to stave off complete mental breakdowns. Students are demanding that classes be canceled due to exhaustion, depression, and safety concerns. Some are calling for “Trump free” spaces."

I mean SERIOUSLY? Wow... just wow... this is so very PATHETIC.

An article from the Daily Signal was on to the reason for these college acting like BABIES: due to a LARGE ever intrusive GOVERNMENT STATE - "Are we a bunch of softies?" from 2011:

"The coddling administrative state is paternalistic—but unlike a father, who wants his children to grow into adults, the government “seeks only to keep them fixed irrevocably in childhood.” The dangerous outcome of the nanny state is soft citizens with a childlike sense of entitlement. This reality is evident in an interview of a Wall Street protester who was recently asked, “Why should anyone pay for your college tuition?” The interviewee could not produce an articulate response beyond “it’s what I want.”.

HEY snowflake, guess what, we don't care what you "want". You aren't entitled to anything... Temper tantrums are NOT behaviors deserving a reward. Your feelings are your own. You are the owner of being offended. You are COMPLETELY in control. You can choose NOT to be offended.  But to do this... you will HAVE to grow up, learn how the actual real world works, learn actual American history and stop living and believing Leftist cultural Marxist lies YOUR college, the media and Hollyweird have been SPOON FEEDING YOU.

The STATE is not your FATHER snowflake.  Period. 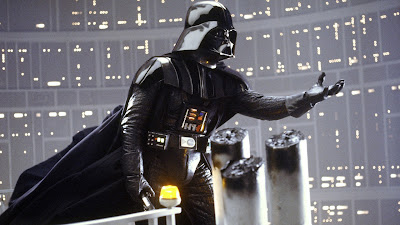 Jollitude the O error is OVER

Couple of excellent columns out there today celebrating the victory that is President Elect Trump.

I AM peronally THRILLED the "O error is OVER - Daniel Greenfield at Sultan knish says it best:

""Presidents were elected by Saturday Night Live skits. John Oliver, John Stewart, Stephen Colbert and Samantha Bee were our journalists. Safe spaces were everywhere and you better watch your microaggressions, buddy. No more coal would be mined. No more anything would be made. The end of men was here. The end of the dead white men of the literary canon. The end of white people. The end of binary gender and marriage. The end of reason. The end of art. The end of 2 + 2 equaling 4. This was Common Core time. It was time to pardon an endless line of drug dealers. To kill cops and praise criminals. To be forced to buy worthless health insurance for wealth redistribution to those who voted their way to wealth.

This was Obama's America. And there was no going back. We were rushing through endless goal posts of social transformation. The military fell. Then the police. Now it looks as quaint as anything from the 50s, the 70s or the 80s. A brief moment of foolishness that already appears odd and awkward. And then one day nostalgic. It wasn't the future. It's already the past. It's history.

Scalia died. Hillary Clinton was bound to win. And she would define the Supreme Court. Downticket races would give her a friendly Senate. And then perhaps the House.

But there is no right side of history. There is only the side we choose.

The Obama era was permanent. It was history. Now it is history." - and -

"The Obama era ends not with a bang, but with a whimper. With a national consensus that maybe he didn't really matter so much after all. And those to whom he mattered the most were his enemies determined to undo everything he did.

Obama once thought that he belonged to the ages. Now he belongs in the rubbish bin."

AMEN to that Mr. Greenfield!!

Also from Marion Dreyfus at AT:"Yes!" what does Trump's victory mean?

"The jollitude of watching so many shake their heads repeatedly in disbelief.
The welcoming in of smart, thoughtful, decent cabinet members and the ouster of Islamist-flecked, hateful incompetents schooled in nothing but prog nonsense repeatedly proven failures for 100 years, nasty sorts seeking only to weaken the country with idiocies and schemes resulting in a Dead Sea GDP and a 1929 despair among small entrepreneurs and regular folk.
The delight of having Melania as FLOTUS over the fistface of Mooch and her whiny throat-catchy self-righteousness.
The return of fiscal sanity and a cessation of the First Family feeding from the American taxpayer trough, M/M Obuma and hangers-on spending our millions on unwarranted vacays, splurges, private jets, and expensive stayovers to which they are not entitled.
The pure joy of not having another horrific four years like the past eight."

Is "jollitude" even a word?  Never heard it before, but today I am definitely filled with it.

WORD OF THE DAY after a President Trump VICTORY =  JOLLITUDE! 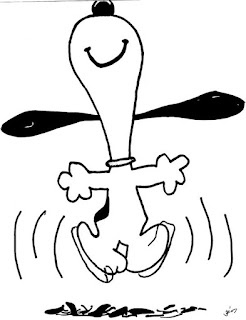 President Trump elected as 45th potus.... DEAL with it

THANK GOD the USA had enough people motivated to vote for real change and install President Trump as the 45th president of the United States of America. 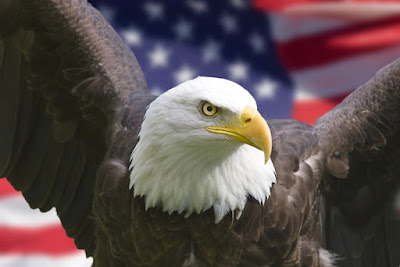 USA voters WANT a border and a sovereign USA.

President Trump has a mandate to enact real change.

Below was a good visual of the choice... and voters chose wisely. 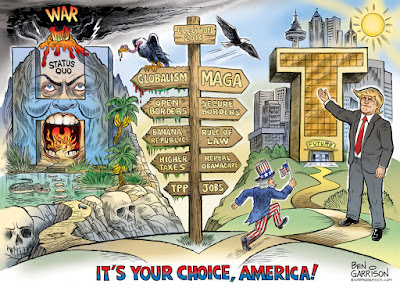 I haven't blogged for a few years.  I've been on twitter though and following some really good alternative news sites like The Conservative Treehouse and The Gateway Pundit.