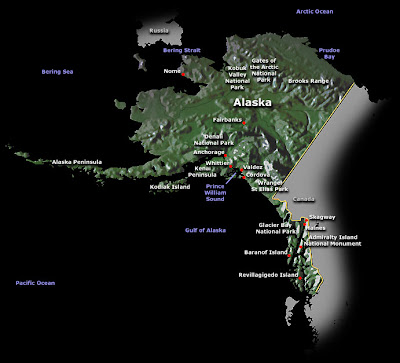 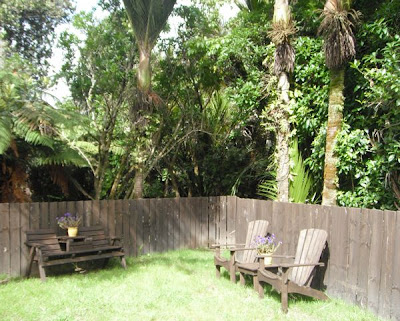 In my back garden this week, you can sit for a spell
... and watch butterflies... 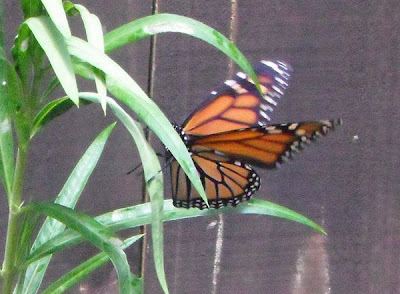 The word conservative is not just political...
Conserve = save or cherish something
Conservation = maintain, protect the environment
The gorgeous state of Alaska is America's wild frontier.
Many living in Alaska cherish and depend on their
environment for their survival. If you are snowed in and
can't get to the store? You may have to get your gun
and go shoot a deer or caribou for food...
Wildlife gives Alaskans life.
They are true conservationists living in a rugged
frontier - taking care of their environment
ensures their survival...
THAT is true environment conservation:
using but protecting the natural resources - to survive and
grow economically, Alaskans understand conservation...
Sarah Palin would make an excellent POTUS because she understands environment conservation from living in and running her own state of Alaska.

"January 3, 1959, Alaska was officially proclaimed the forty-ninth state of the Union. From 1959 to present, Alaska has had economic booms with timber, oil, sea foods, and the tourism industries."

"Alaska was discovered clear back in the year of 1741, when an explorer by the name of Alexei Chirikof, who was with the Begin Expedition, set his sights on the land. Many years later, in 1880, gold was discovered on Gastineau Channel. Sources of gold were found in other places in later years, and these findings led up to the historic Klondike Gold Rush from 1897 to 1900.

Gold is not the only natural commodity that this land offers, though. Several years later, in 1953, an oil well that was drilled near Eureka, was just the first step in Alaska's oil history. Oil was later discovered at Prudhoe Bay in the year of 1968, and the first segment of the Trans-Alaska Pipeline was installed in 1975. The oil began to flow two years later in 1977, and the pipeline gave employment to over seventy thousand people.

It cost a whopping eight billion dollars to build the Trans-Alaska Pipeline, but the cost was well worth the results. The pipeline puts out an average of 1,435,000 barrels of crude oil.

Life in Alaska is similar to living in any one of the other states. While there are some people who live in the backwoods, most Alaskans live a modern life with up-to-date conveniences. Alaska has fast food restaurants, theaters, modern health care facilities, and other businesses that you might normally see in other cities in other states as well. And, yes, Alaskans even have telephone service!

The native people love to participate in outdoor sports, and dogmushing, skiing, snowmobiling, kayaking, backpacking, rock climbing, and hiking are some of their favorite activities. The town of Fairbanks is actually the capitol of dogmushing, which is the official sport of the forty-ninth state. Dogmushing was once the primary means of transportation in many areas of Alaska. The most widely known dog race is the Iditarod. This race starts at Anchorage and ends over a thousand miles later in Nome. It is known as the "Last Great Race on Earth."

If you think that visiting Alaska means dark skies and no sunshine, then think again. In the summer time, the daylight hours are longer throughout the state. In Anchorage, for example, the sun sets as late as 10:42 at night! Even in February, Anchorage basks in an average amount of ten hours of sunlight a day.

Alaskans have plenty of land to enjoy their outdoor sports on too. The entire state measures 586,412 square miles. Do you think that the state of Texas is big? Alaska is actually two and a half times bigger than Texas! Over half a million people inhabit Alaska, and nearly half of the state's natives live in Anchorage.

It is also interesting to note that not all of Alaska is flat land. Of the twenty highest peaks in the United States, seventeen of those peaks are located in the state of Alaska. This state also has approximately one hundred thousand glaciers, which cover five percent of the state. The largest glacier is the Malaspina. It covers an amazing 850 square miles. There are also seventy potentially active volcanoes in Alaska too. The last eruption was nearly a hundred years ago.

Alaska officially became a part of the United States on January 3, 1959. The state's nickname is "The Last Frontier", while the state Motto is, "North to the Future." Juneau is the state capitol, and it is located in the southeast region of Alaska." 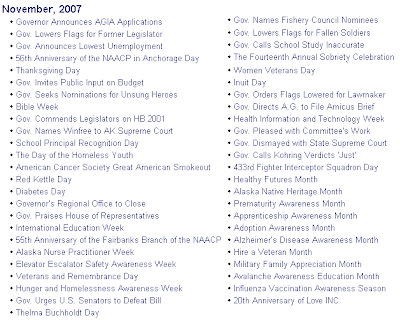 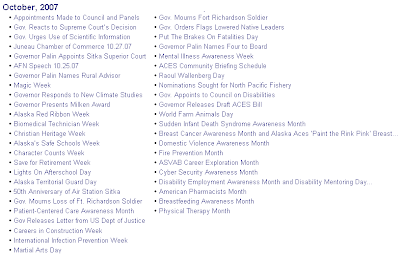