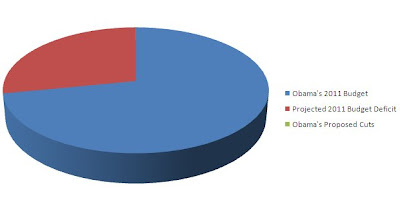 Can't see the green "cuts" proposed by TheWon's budget? No....? From the Blaze: 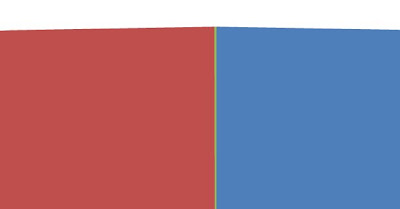 The WEEE lil green line is the 'cuts' TheWon proposed! LOL! Are you thrilled America?!
Miss Sarah let TheRegime have it again with another ninja Facebook star by calling them out on their "budget"proposal -> from Facebook The Truth Behind the White House’s Budget Spin:

"Today the White House finally produced its proposal for the 2012 budget. Beware of the left’s attempt to sell this as “getting tough on the deficit,” because as an analysis from Americans for Tax Reform shows, the White House’s plans are more about raising taxes and growing more government than reducing budget shortfalls.

The fine print reveals a White House proposal to increase taxes by at least $1.5 trillion over the next decade. If you want to know how minuscule their proposed $775 million-a-year budget “cuts” really are, please look at this chart. The proposed cuts are so insignificant – less than 1/10 of 1% of this year’s $1.65 trillion budget deficit – that they are essentially invisible on the pie chart. That speaks volumes about today’s budget.

UPDATE: As J.D. Foster of the Heritage Foundation points out: “...the President proposes a budget that keeps the federal government on a thoroughly irresponsible and unsustainable course.” Please read the Heritage Foundation article and understand the $775 million in proposed cuts noted above are what the White House’s budget director Jacob Lew identified as reflecting what they perceive as some “tough calls.” Yet, as noted, they are a drop in the bucket; and the White House’s total proposed cuts for this year are still not at all enough to make us solvent."

David Solway at Pajamas Media also points out the more she seems unelectable, the more electable she might actually be...

"Palin’s electability can be reckoned as an inverse function of the virulent campaign intent on her delegitimation. … The greater the fury … she is met with, the greater the likelihood that she poses a genuine threat. One does not raise a mallet to crush an ant." 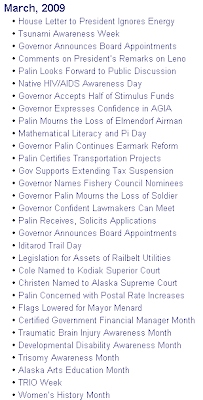 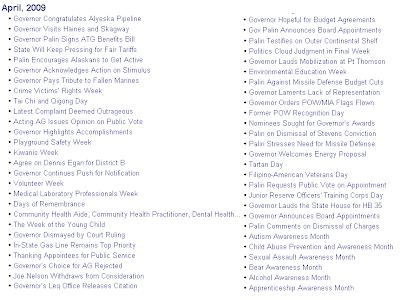