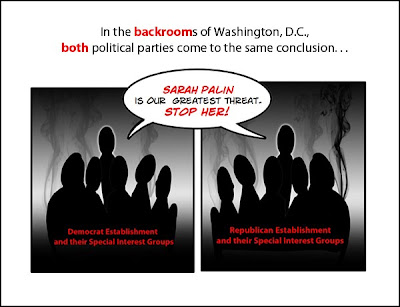 Lots of news about Wisconsin protests this week... Regular people back Wisconsin's Governor Walker for his proposed bill... but TheWon, the DNC and the union-goonies back the unions. Of course they do - that is their base!

Governor Walker spoke to RightNetwork and explained "what will happen if his proposals are not passed: It means 5,500 state workers would be laid off. It means anywhere from 5,000- 6,000 local employees would have to be laid off. That’s anywhere from 10,000 to 12,000 people in a time when we have a 7.5% unemployment rate. We can’t afford to have anyone laid off. I’m trying to save jobs..." 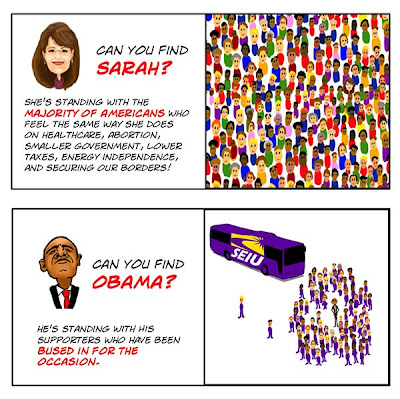 The Wisconsin public sector unions are huge striking crybabies! Most regular, working people in the private sector do not get hefty pensions when they retire like public employees. I've worked for over 20 years for private companies. I am just a regular person - like most Americans - who have to save for their own retirement.

These public sector union thugs, marxist-manifesto following, globalist liars and elitists are really mucking up America. They have been for a few decades. Hell, even good ol' leftist hero and liberal policy implementing President FDR said:

"Particularly, I want to emphasize my conviction that militant tactics have no place in the functions of any organization of government employees.

Upon employees in the Federal service rests the obligation to serve the whole people, whose interests and welfare require orderliness and continuity in the conduct of Government activities. This obligation is paramount. Since their own services have to do with the functioning of the Government, a strike of pubic employees manifests nothing less than an intent on their part to prevent or obstruct the operations of Government until their demands are satisfied. Such action, looking toward the paralysis of Government by those who have sworn to support it, is unthinkable and intolerable." 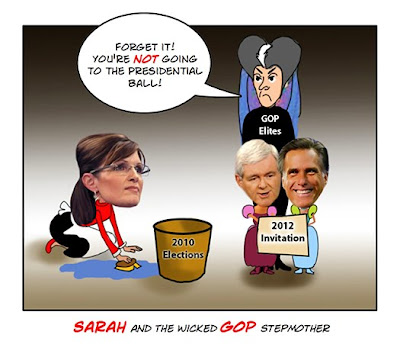 Thank God Sarah Palin isn't in the elitist gang. She is one of the regular people; a hard-working American who made - and continues to make her own success.

She will make a great POTUS because she is not an elitist.

Images above from Draw for Truth.