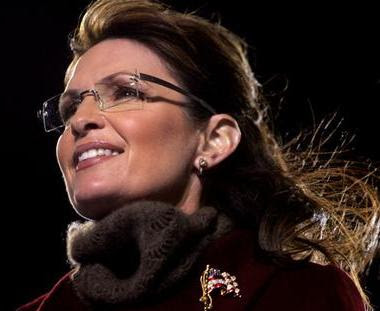 Thought I'd mention a good article on Sarah Palin from Conservatives 4 Palin "Despite Latest Narrative, Governor Palin is Presidential Now":

"Despite all the fundraising Governor Palin has done for conservative candidates and causes, there are still those on our own side pushing the meme that while she's dead right on all the issues, she's somehow not ready yet to run for president; that she's not doing enough or saying enough to be a considered a presidential candidate. One prominent Republican strategist recently claimed she hasn't yet "transitioned herself into a presidential candidate". What the hell does that mean? What does she need to do to make that transition? She's the only one out there taking the fight to Obama. If not for her, cap and tax and health care both would have passed last summer and Obama wouldn't have walked back his idiotic idea to change 60 years of successful nuclear deterrence strategy.

... have these people read her Facebook Notes or the articles she's published in the Wall Street Journal, Washington Post, and National Review, among others? Have they actually listened to what she's said? She's been just as articulate as Mitch Daniels (George Will's latest flavor of the month). She's made the same points as Krauthammer. How is she uninformed or unread? I can understand people not looking at her as a presidential candidate because they're not sure if she's running, but that's not all that's going on here. In my opinion this is the residual effects of class-ism and, to some extent, sexism. It's pretty sad to see so many people by default say, "I really love what she's saying and think she's totally right. But she can't be president." Why can't she? Because she's been so demonized by the other side? Well, if that's the reason then you're admitting that Alinsky style demonization really works. Great. Expect them to continue to do that to your leaders. Why should we allow liberals and beltway elitists to pick our candidates? If we do, we might as well give up now and embrace our European socialist side. "
Posted by Lisa G in NZ at 9:30 PM