Jury trial by Dr. Manning: We have proof of Obama’s ineligibility 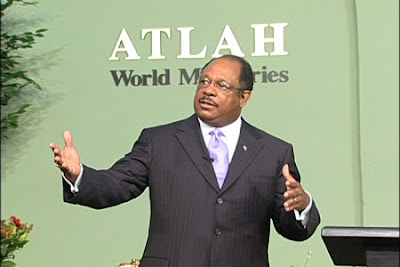 From the Post & Email: JURY TRIAL MAY 14-19 TO BE “AN INTERNATIONAL EVENT” by Sharon Rondeau

(ummmm..... this could be quite interesting!)

"Dr. James David Manning, who will be conducting a jury trial to hear charges against Obama next month

(Apr. 27, 2010) — Today The Post & Email welcomed back Dr. James David Manning, Ph.D., to speak about the upcoming Columbia University Treason and Sedition Trial which he is conducting in Harlem, NY, from May 14-19, 2010. Dr. Manning reports that he has documented evidence that Barack Hussein Obama II is not a “natural born Citizen” as required by the U.S. Constitution to be President of the United States, and that Obama also did not attend Columbia University from 1981-83 as Obama has claimed. "
read the rest here
Posted by Lisa G in NZ at 9:50 PM