Army Lt. Col. demands proof CIC is eligible aka "get out of Army free" card? 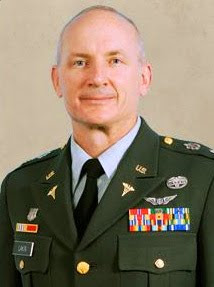 From WND: "Army doctor Lt. Col. Terry Lakin is the highest-ranking and first active-duty officer to refuse to obey orders based on President Obama's eligibility.

He said he's refusing all orders until Obama releases his long-form, hospital-generated birth certificate to prove his eligibility to serve as commander in chief.

"I feel I have no choice but the distasteful one of inviting my own court martial," Lakin said in a statement. "The Constitution matters. The truth matters."

He continued, "For the first time in all my years of service to our great nation, and at great peril to my career and future, I am choosing to disobey what I believe are illegal orders, including an order to deploy to Afghanistan for my second tour of duty there. I will disobey my orders to deploy because I – and I believe all servicemen and women and the American people – deserve the truth about President Obama's constitutional eligibility to the office of the presidency and the commander in chief.

"If he is ineligible, then my orders – and indeed all orders – are illegal because all orders have their origin with the commander in chief as handed down through the chain of command."

Support the Lt. Col. over at Safeguard Our Constitution

"Previously at WND, columnist Vox Day wrote about this very scenario, calling it a "Get out of war" free card.

The comments followed the case of Cook, the reservist who challenged his deployment orders over questions about their legality under Obama.

"Rather than contesting the suit," Day wrote, "the Army took the highly peculiar step of revoking the major's deployment order, suggesting that the Pentagon generals are not entirely confident that they can demonstrate the legitimacy of their purported commander in chief.

"The Pentagon's decision to back down rather than risk exposing Obama's birth records to the public means that every single American soldier, sailor, pilot and Marine now holds a 'get out of war free' card. Not only every deployment order, but every order issued from an officer in the line of command can now be challenged in the knowledge that the top brass are afraid to respond for fear that their commander could be exposed for a fraud." he wrote at the time."
Posted by Lisa G in NZ at 2:18 PM