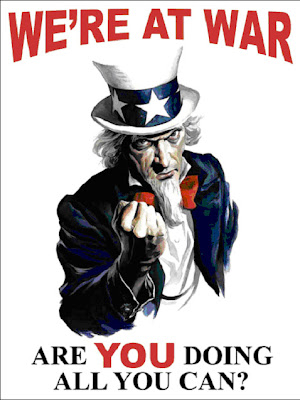 Good post today over at Radio Patriot who states "The Movement is driving the Left crazy because they don’t know how to stop it. They’re trying to tie it to militias, “birthers”, anything they can think up to discredit what Americans are doing to push back against an encroaching socialistic governmental behemoth."
The left has always been the violent, racist, big government, take-away-your-freedom side of politics - for decades. They can't project their shite onto the Right any more because we are on to them. The 80% of America is awake and fighting back the 20% of America who are trying to force their ideology upon them.
As Mark Levin states this week, its not a "right versus left" fight, it is a "right versus wrong" fight and the left is on the wrong side of history. They will be defeated.
So, when your children ask “What did you do?” what will you tell them?
Posted by Lisa G in NZ at 3:32 PM