Just like USA, NZ politicians LIE about TAXES, too 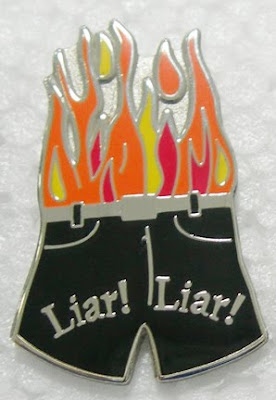 Do all politicians lie or are they generally trying to serve the public? Is the MAIN purpose of ther MANY political lies to get the public to PAY MORE TAXES? I think that is OFTEN the case!... Well New Zealand's latest elected rulers (National party) have out right LIED about ETS. ETS is just a TAX scheme to get gullible NZ public to feel good about paying more taxes since that MUST save the planet. More taxing saves the planet? How so? When NO industry eg "CARBON OUTPUT" is STOPPING ANYWHERE WORLD WIDE? I'm not a warmist. I think if the planet DID warm up because of humans, it would be a GOOD thing. Warmth and more C02 = more greenery, more oxygen, more life. How many species live at the equator? How many live at the frozen poles? Well, with recent LACK of sun spot activity (which better tracks against natural warming and cooling cycles) AND volcanoes spewing dust, the globe is now forcast to COOL for the next 20 years. How will TAXING citizens help again? The public must come to their senses! They have in Germany and France: France CANCELLED THEIR ETS plans. NO OTHER country has any ETS (yet) because many in the public have learned the 'global warming' push by the Gorists and greenies IS A LIE.
That is my rant for today...
ACT's John Boscowan (who is awesome), like many New Zealanders, is way TOO polite in his latest press release:

"Earlier today Nick Smith said that ‘New Zealand would face a deficit of 22 million tonnes, or $446 million without the ETS’. This is misleading. Unlike the very real costs that will be imposed on all New Zealanders due to the ETS from July 1, the $446 million figure is purely hypothetical," Mr Boscawen said.

"Dr Smith’s calculations factor in the cost to the Government when foresters fell their post -1990 trees after 2012. However, this cost is illusionary. Given that no successor agreement to the Kyoto Protocol has or is likely to be agreed to, from 2013 there simply will not be any obligations for New Zealand to meet.

"Moreover, in any event, the international political reality is that any obligation that does eventuate would not be enforced; as evidenced by Canada’s recent refusal to pay any shortfall it might theoretically be liable for.

"Nick Smith should not be using theoretical costs that he knows are highly unlikely to eventuate and would not be enforced even if they did to justify the very real costs he is imposing on New Zealanders. We deserve better.

"The reality is, that come July 1, all New Zealanders will be faced with a five percent increase in electricity prices and a four cents per litre increase in petrol prices. These are real costs that ordinary New Zealanders will have to pay solely because of the ETS. By contrast Dr Smith’s $446 million is a purely theoretical figure that in all likelihood will not eventuate.

"Contrary to Dr Smith’s assertions the ETS is not saving New Zealanders any money at all.

"Dr Smith is doing New Zealanders a disservice by trying to confuse this important debate further with statements such as the one today. I call on him to stick to the real costs and to spend his time justifying to ordinary New Zealanders why their electricity and energy costs are about to increase needlessly, rather than to issue meaningless press releases like the one today," Mr Boscawen said. "

HEY PRIME MINSTER JOHN KEY: PLEASE WAKE UP
SAVE NZ FROM THIS NONSENSE AND SCRAP ETS
Posted by Lisa G in NZ at 9:54 AM