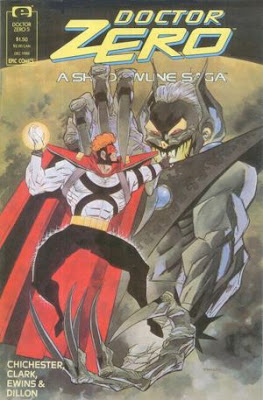 I have read a few articles by Doctor Zero over at HotAir.com.

Check out interesting articles at Doctor Zero. Today's post is "The parable of the referee" addressing critics of free market capitalism:

"I often hear people on the Left accuse the defenders of capitalism of wanting completely unregulated markets, in which helpless citizens will be stripped of all legal protection, and placed at the mercy of rapacious bankers and businessmen. This is a straw man of such towering size that Nicholas Cage can be glimpsed inside its head, holding his broken legs and howling for his agent to land him a part in a better movie.

There are other choices besides anarchy, or a regulatory State that directly controls over half of our economy. Far from opposing all regulation, I maintain that clearly written, honestly enforced, minimally intrusive laws are both just and essential for wealth creation. A nation’s wealth lies in transactions between its citizens, and the pace of those transactions would be greatly reduced if consumers had no confidence in providers. Shopping malls would be considerably less active, if the shoppers had to assume every food product was potentially poisonous, every piece of consumer electronics could explode, and all of the merchants were thieves.

To be trusted with such power and resources, the State must practice strict adherence to a basic set of laws which constrain its behavior, and which it cannot easily disregard or change. The rulebook for the American game is her Constitution. Fidelity to those rules would produce a small State with less influence to satisfy the appetite of hyper-competitive players who wish to cheat at the game… or its own appetite for purchasing votes and imposing its ideas of “fairness.” Disdain for the Constitution has led us to the present spectacle of referees who outnumber the players, unemployed players sitting dejectedly on the sidelines, and a dwindling number of investors willing to bet on a rigged game that will be decided by the whims of the officials."