A.Spectator theorizes O will resign before 2012 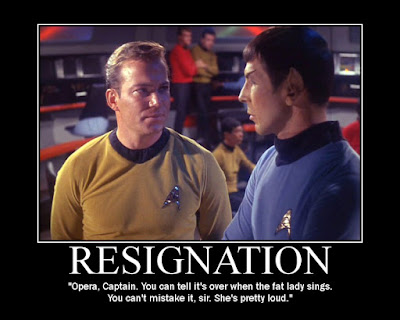 "Months ago, I predicted in this column that President Obama would so discredit himself in office that he wouldn't even be on the ballot in 2012, let alone have a prayer of being reelected. Like President Johnson in 1968, who had won a much bigger victory four years previously than Obama did in 2008, President Obama will be so politically defunct by 2012 that he won't even try to run for reelection.

I am now ready to predict that President Obama will not even make it that far. I predict that he will resign in discredited disgrace before the fall of 2012. Like my previous prediction, that is based not just on where we are now, but where we are going under his misleadership."

"the Gulf oil spill emanates from federal waters, which means President Obama is directly in charge, not state and local officials. And his derelictions are losing his own supporters. Democrat Powers writes, "If he promised us anything, Obama promised us competence. Instead, we've gotten the Keystone Cops." As Peggy Noonan said of the Democrats in last weekend's Wall Street Journal, "In time -- after the 2010 elections go badly -- they are going to start to peel off. The political operative James Carville, the most vocal and influential of the President's Gulf critics, signaled to Democrats this week that they can start to peel off. He did it through the passion of his denunciations." Therein lies the beginning of the end. "

"When the President directly violates the pledge that got him elected by openly endorsing such a tax increase, his resignation will immediately become a central political issue. The above problems and vulnerabilities will come together to increase the pressure for resignation to unbearable levels.

As Peggy Noonan suggested, the key will be the Democrats themselves (though she has never said a word about possible resignation). After suffering grievous losses in this year's elections, they will have limited tolerance for the above described political pressures and chaos. With the very survival of their party at stake, the Democrats will buckle and desert President Obama, joining the calls for his resignation. At that point, with zero prospects for reelection, and unable to govern effectively, he will resign."
Full article here. Tis a plausible theory with some compelling arguments... what say you?
Additionally, Dr. Kate suggests "The End of the Democrats"
Lots of information on communist infiltration and decades long take over of the Democratic party fully documented at the awesome NZ blog: NewZeal and on KiwiWiki.
... So don't believe me: research for yourself. The war for America will be won by information and truth. The enemy: propaganda and lies. Which side you on? Do you want the red pill or the blue? 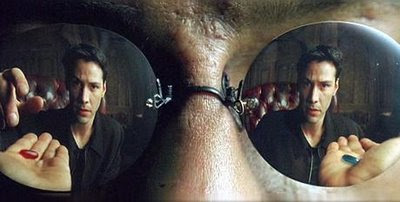