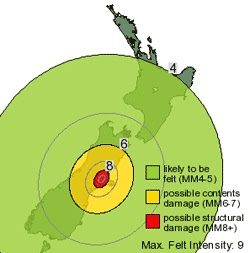 Graphic of the earth quake which hit Christchurch area this morning at approximatly 4:30am NZ time.
Emergency details and updates at: NZ Civil Defense 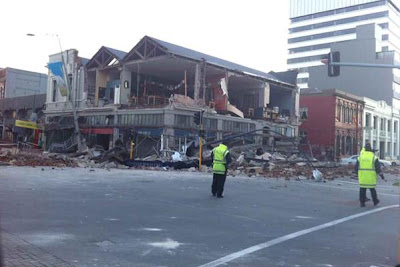 News and pictures are coming in. Check out Stuff.co.nz
Everyone is fine in Auckland: I'm more worried one of the 50+ dormant volcanoes erupt some day! Rangitoto is the most recent only forming 600 years ago. You can see in below pic how close it is to Auckland downtown: 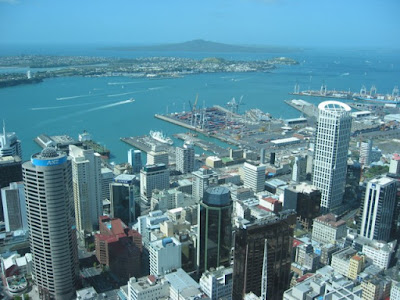 "How old are they?

It is thought that Auckland’s volcanoes first began to appear between 60 000 and 140 000 years ago, starting with the eruptions of Albert Park and the Domain. The largest and most recent eruption was Rangitoto, about 600 years ago, which would have been witnessed by local Maori. The field is expected to have a total life of approximately a million years, so geologically speaking, it is still very young.

Could any of Auckland’s volcanoes erupt again?

Even though the larger volcanoes like One Tree Hill and Rangitoto may have been created by successive eruptions over a period of centuries, it is unlikely that any of Auckland’s existing volcanoes will become active again. However, bubbles could pinch off from the hot spot beneath Auckland and create new volcanoes at any time." 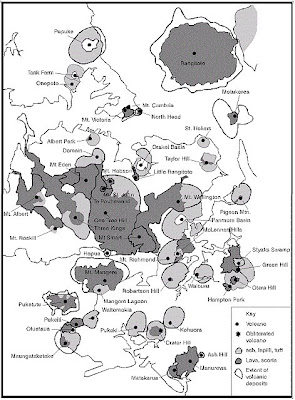