Dear Potus: clean up on aisle 5

CLEAN UP ON AISLE 5... What does that expression mean to you?  Most Americans and others have probably heard this while grocery shopping 1960s-present where a loud speaker is still in use.  Little Johnny Uncontrollable runs and topples a bunch of bottles of (something), a few break and a mop, bucket and cleaning crew is requested asap by the store manager ...

So this is EXACTLY what the USA election was about in November 2016.  Obama and his commie-leftie cronies in swamp infested Washington DC were making a HUGE MESS of the USA.

Electing Trump was the best voter solution at the time.  Will President Trump succeed?  Time will tell. The Left and their media minions wanted their corrupt princess Clinton in office. Patricia McCarthy at AT with "The Left Media's Extraordinary Popular Delusions" explains a bit about the Clintons and the media:

"The Clintons were the most corrupt people to ever reach the White House and managed to remain there for eight years.  Hillary was the most incompetent and corrupt person to ever be Secretary of State (John Kerry being a close second). Obama was the most anti-American, anti-Constitution president to ever hold the office.  While in power, these people intervened in the elections of other nations, illegally took millions of dollars from nefarious people and countries, lied and cheated.  "No one colluded with Russia more than Obama." Had the mainstream media for one moment reported on these people's many, many crimes against this nation,  perhaps they would have some credibility.  But they did not, so they have none. To this day, they purposefully refuse to report news unfavorable to the left, like Comey leaking classified memos. To this day, Susan Rice has not testified about her unmasking of private citizens for political purposes. Nor has Ben Rhodes, Obama's master of sleaze and trickery. HRC was never put under oath when interviewed by the FBI about her illegal server. The last eight and a half years have proven to the American people that the Democrat left and the media are two parts of the same criminal enterprise that feed each other's addiction to power. While their mass hysteria is infuriating, it proves their absolute lust for political dominance over any concern for people. They have become self-important, hate-filled snobs deluded by illusions of their own grandeur."

AMERICA REJECTED the left, their media minions and REJECTED corrupt Hillary.  I thank God and the universe daily... 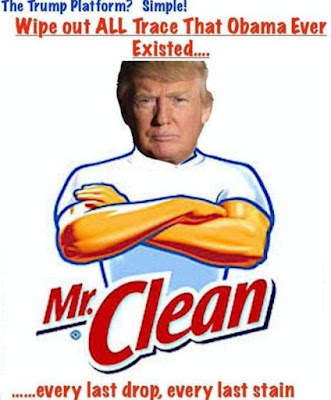