butcher Gosnell as Josef Mengele, nothing to see here 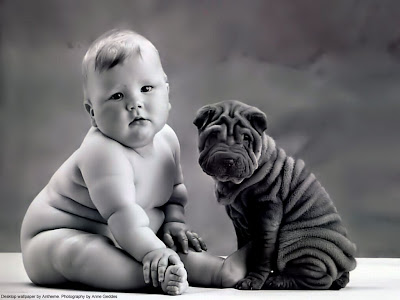 Ann Geddes has been doing clever and beautiful photography of infants for a few years now. I needed to look at some of her happy photos to recover from reading more this week about Dr. Gosnell's brutal murder practices and after I read a powerful commentary at Pajamas Media called ‘Climate of Hate’ Obsessives Ignore Culture of Death. 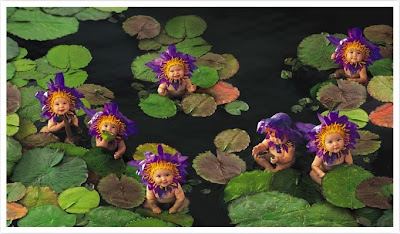 You've read about "Dr" Kermit Gosnell this week? Turns out he wasn't even a doctor. He was "a serial killer of hundreds of newborn babies" though. Gee, isn't that swell! (... deep breath... thinking about Ann Geddes... thinking about Ann Geddes)
From this commentary by Bob Owens, after the Tuscon story:
"A week later, we were treated to the sight of the same pundits and politicians scurrying away from an even more gruesome, loathsome crime — this time with hundreds of victims and clear-cut political implications.

Why? The reasons are blindingly obvious. The perpetrator was Dr. Kermit Gosnell, an apparent serial killer of hundreds of newborn babies — a man who collected the severed body parts of his victims in jars as macabre trophies of his butchery.

Despite the fact that warnings of his crimes were repeatedly reported to the authorities — by victims and his own employees — he was ignored for years by the authorities. Why? Because Gosnell was an abortionist, protected by pro-choice politicians who would rather his murder spree continue than its exposure threaten the practice of abortion itself. He was finally undone, not because of his decades of killing, but because he also profited from dealing prescription drugs.

It never should have gotten this far. Gosnell was neither a gynecologist nor an obstetrician. He did not employ nurses or anesthesiologists. Instead, he operated in squalid conditions that would have seen any fast food restaurant shut down. He repeatedly botched procedures, occasionally leaving the ripped-apart remains of his smallest victims inside the bodies of their injured and infected mothers. Gosnell should have been shut down decades ago. He should have lost his medical license and been imprisoned.

Some politicians view abortion as sacrosanct. They regard “choice” as the most cherished of “rights,” even though it manifests itself as nothing less than infanticide. Gosnell’s crime spree lasted for decades because government agencies, hospitals, and abortion advocates knew of his brazen crimes and chose to do nothing.

They weren’t the only ones who adopted a see-no-evil stance:

•The Pennsylvania Department of Health knew of clinic violations dating back decades, but did nothing.
•The Pennsylvania Department of State was “repeatedly confronted with evidence about Gosnell” — including the clinic’s unclean and unsterile conditions, unlicensed workers, unsupervised sedation, underage abortion patients, and over-prescribing of pain pills with high resale value on the street — “and repeatedly chose to do nothing.”
•Philadelphia Department of Public Health officials who regularly visited Gosnell’s human waste-clogged offices did nothing.
•Nearby hospital officials who treated some of the pregnant mothers who suffered grave complications from Gosnell’s butchery did nothing.
•An unnamed evaluator with the National Abortion Federation, the leading association of abortion providers that is supposed to uphold strict health and legal standards, determined that Gosnell’s chamber of horrors was “the worst abortion clinic she had ever inspected” — but did nothing.
For decades abortion supporters have claimed that outlawing the practice would result in gruesome “back-alley abortions,” with both the fetus and mother falling victim to unlicensed practitioners and unsafe practices. The Philadelphia horror has exposed a far worse reality: sanctioned abortion mills can be more barbaric in real life than the worst fictions proponents have conjured."

OK America, so you find "honor" killings by Muslim so appauling? Where is your outrage at baby murder?

By the way, TheObumbles promotes partial birth abortions and has backed it as "law"!

If Americans are so up in arms because of murderous Jihad, it might be time to start looking in the mirror... and inside the"sanctioned" murder clinics (payed with YOUR tax dollars!)...

Stop being hypocrits. Stop the carnage. 50,000,000 babies have been murders in the 38 years since Roe v Wade. This is NOTHING to celebrate Urkel.

You've read that 1,876 black babies are aborted EVERY day in America?

Hasn't America killed enough yet in the name of lefty-statism, population control ala Margaret Sanger?!
The American genocide must stop!
The planet CAN sustain more people: don't fall for the greenie hype!
Unwanted baby? Simple: give it up for adoption. Try BIRTH CONTROL or abstinence FIRST kids...!

For Gosnell? Perhaps his body can be donated to science... piece by piece... while he's still alive. (justice... old school... just a humble recommendation)

back to Ann Geddess now... or I'll have nightmares
Posted by Lisa G in NZ at 8:58 PM