Sadly the 'transformation' of America fully under way 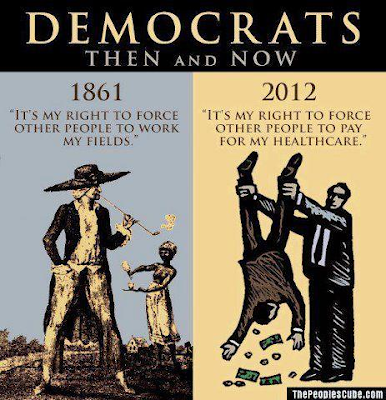 An AT article made me sad this week. I probably won't find 100% happiness, unfortunately, until O-bastard and ALL their leftist minions are expunged from Washington, media and the schools.

I doubt it will happen in my lifetime.  Sure seems the pendulum has swung to far to the left - and broke off.  Leftism seems to be becoming more and more "normalized" (if that's a word).

A big chunk of America is rotting and dying.

Daren Jonescu says it way better than I can:

"A government is truly transformative not because it achieves everything it sets out to do, but because it fundamentally shifts the public conversation onto its own territory -- and fundamentally, in this case, means substantially and permanently."

"In just over four years, "fundamental transformation" has become old hat -- not because it has been rejected, but because the foundations have already shifted enough to render the Obama administration's radicalism significantly more mainstream. "

"If, during the 2008 campaign, Obama and his mouthpieces had stood up and said, without reserve or qualification, that the primary intentions and ultimate achievements of his presidency would be: (a) taking America's definitive step off the cliff into the world of socialized medicine; (b) creating vast new regulatory bureaucracies to curtail what was left of the free market; (c) moving through back channels and white papers towards the nationalization of local police; (d) creating new national academic standards and pre-school programs designed to make non-public school options virtually impossible, setting the stage for an eventual outright ban on private child-rearing, as is the norm in Europe; (e) crashing the U.S. economy with runaway federal debt and unrestrained money-printing; (f) reorienting U.S. foreign policy towards open support of the Muslim Brotherhood, and of Islamist government in general; and (g) the humdrum-ization of every wacky campus leftist agenda item (transgender rights, pot party rights, Gaia rights, consequence-free promiscuity rights) -- if these intentions and others like them had been stated directly during the 2008 campaign, would Obama have been embraced as the redeemer, or dismissed as a well-dressed kook? -- And yet all of these agenda items are well on their way to completion..."

Are you getting it yet now? THESE ITEMS ARE WELL ON THEIR WAY TO COMPLETION!

"Now the "healthcare" issue is essentially lost, and with it America's last pretenses of being a free nation -- and many conservatives have not even noticed this yet. America has quickly fallen into the policy wonk abyss on healthcare that has long since swallowed up the rest of the Western world. Repeal, as so many honest Republicans have admitted, is no longer even an option. Government-controlled healthcare, in just a few short years, has "progressed" from taboo topic to accepted norm; the only questions now are about bureaucratic waste, practical confusion, and the economic ramifications of some of the law's more arcane subsections. "

"America has slowly emulated the progressive drift of the rest of the West for several generations. The task of the Obama administration is to accelerate America's decline in those areas where she has been lagging behind the Western arc. Rather than basking in the meager lamplight of the administration's few failures, freedom-lovers ought to be facing up to the startling truth of just how much has already been accomplished by the most brazenly anti-American anti-liberty administration in history."

"American progressives will eventually seek a new mask for their authoritarian agenda. But their next wave will begin from a start line much further from the U.S. founding than the line Obama inherited. Much more than wishful thinking and high electoral hopes will be required to turn back the results of the Obama presidency. America, whether she fully realizes it yet or not, is fighting a whole new war now, on what is, for her, uncharted territory. Until Americans come to terms with this new terrain, all talk of moving beyond Obama is just tilting at windmills."

I remain sad for the transformation of America... ever since corrupt D's ran an illegal mulatto usurper candidate - who still remains squatting in the White House.  The America I knew is now full of dull, brainless, uneducated low information voters.

Sure, many of us will continue to speak out until we die.  But America is withering away: dying from a cancer known as Leftism (or Statism or Communism or Collectivism - pick your ISM).

I don't know if she'll recover.  Pray for her, speak out, fight corruption where you can and get involved at your local level.  Its all you can do. 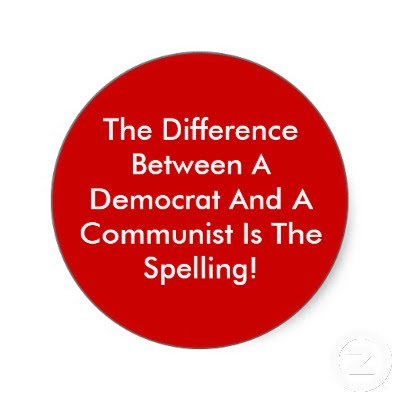